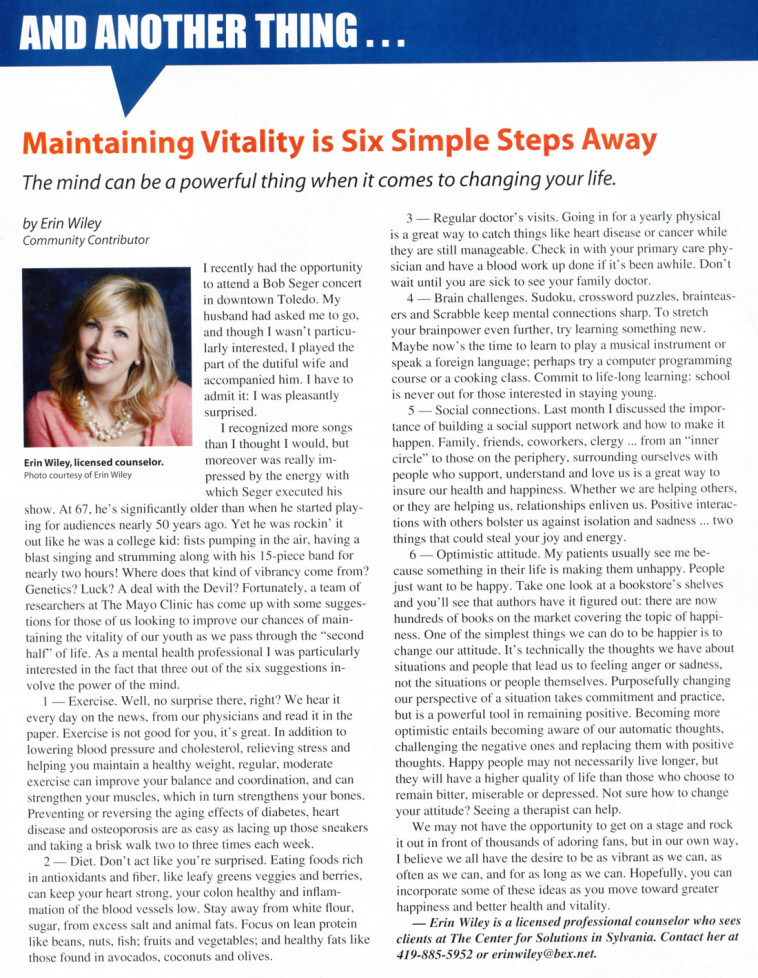 The mind can be a powerful thing when it comes to changing your life.

As published in Sylvania Life, May 2013
by Erin Wiley, Community Contributor

I recently had the opportunity to attend a Bob Seger concert in downtown Toledo. My husband has adked me to go, and though I wasn’t particularly interested, I played the part of the dutiful wife and accompanied him. I have to admit it: I was pleasantly surprised.

I recognized more songs than I thought I would, but moreover was really impressed by the enerty with which Seger executed his show. At 67, he’s significantly older than when he started playing for audiences nearly 50 years ago. Yet he was rockin’ it out like he was a college kid: fists pumping in the air, having a blast singing and strumming along with his 15-piece band for nearly two hours! Where does that kind of vibrancy come from? Genetics? Luck? A deal with the Devil? Fortunately, a team of researchers at The Maya Clinic has come up with some suggestiosn for those of us looking to improve our chances of maintaining the vitality of our youth as we pass through the “second half” of life. As a mental health professional I was particularly interested in the fact that three out of the six suggestions involve the power of the mind.